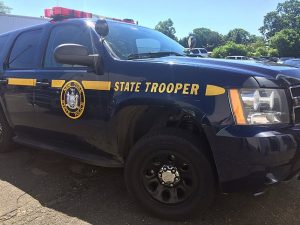 March 2018 – What is Leandra’s Law? Technically, it is a violation of Vehicle and Traffic Law Section 1192.2a(b) – a Class E Felony. The violation is operating a motor vehicle on a public highway while one’s ability to operate such vehicle is impaired by the influence of a drug (or alcohol) while a child of 15 years or younger is a passenger in the vehicle. In simpler terms, if you drive your car while impaired with a passenger under the age of 16, you will be charged with a felony.

These cases were originally charged as a misdemeanor – reckless endangerment to a child – but this law now supersedes the old misdemeanor statute, and you will be charged with a felony. The Suffolk County District Attorney Office’s policy is to request a sentence of 1-3 years incarceration.

Some people may think that they would never be in a position to be charged with such a crime, but they should think again. Many clients are on prescribed medication, and unbeknownst to them, they are driving legally impaired. They may drive their children to school and get stopped because of a minor traffic infraction and the police officer could suspect something more. The next thing you know they are in handcuffs on the way to the precinct.

Typical situations I have encountered are motorists taking prescribed Xanax for anxiety. Depending on the level of dosage, this can impair your ability to drive. Now, if you have a child in the car, it’s a felony.

After surgery, many motorists are driving following taking prescribed painkillers, an opioid or similar type of drug (doctors are now prescribing methadone to patients susceptible to opiate addiction). The motorist may think “I am fine. My doctor prescribed this legally.” But they don’t read labels or take into account that the drug ingested may still be in their bloodstream that afternoon when they are picking up the kids from school. You get the idea.

Many of Leandra’s Law cases are not what you might believe as typical such as a motorist having too many drinks at a bar and picking up a child on the way home (although, I’m sure this too occurs). In my practice, most of the cases seem to be an innocent unawareness of the drug ingested and the effect it may have on their ability to drive.

The bottom line is, be careful and be aware of what you are ingesting before you drive your motor vehicle. If you get caught, you know who to call.

Contact seasoned attorney James Misiano at 631-396-0255 if you encounter any of these situations or have a question about Leandra’s Law.